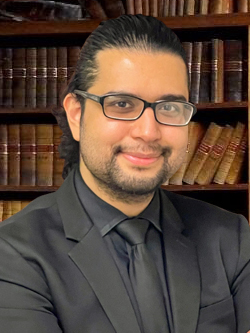 Attorney Willie Mejia is an experienced and passionate trial lawyer, and would never dream of doing anything other than criminal defense. A native of Northern Virginia, in 2014 he graduated magna cum laude from George Mason University, in Fairfax, Virginia, earning a Bachelor of Science degree in Criminology, with a concentration in Law & Society. A first-generation college student, Willie focused exclusively on the study of law, and the sociological impacts and consequences of the criminal legal system. His work earned him the opportunity to study abroad at the University of Oxford in 2013, further studying criminal psychology, and was able to graduate an entire semester early from George Mason.

Following graduation, he immediately attended William & Mary Law School in Williamsburg, Virginia, the oldest law school in the United States. Willie wanted to be a defense attorney his entire life, and devoted his classes and internships exclusively to criminal defense. In the summer of 2016, he interned at the Office of the Public Defender in Arlington, Virginia. In the summer of 2017, he interned at the Fairfax Office of the Public Defender. In the fall of 2017, he completed a semester abroad in Washington, D.C., interning at the renowned Public Defender Service. He enjoyed that experience so much that following his 2018 graduation from William & Mary — with a true specialization in Criminal Law — he returned to PDS in the fall of 2018 as a legal fellow in the Trial Division. All four internships allowed Willie to learn from the very best defenders by directly assisting in the representation of exclusively criminal cases, ranging from simple misdemeanors to complex felony cases, all for indigent clients. As a fluent Spanish speaker, he was uniquely positioned to assist the Latino community in court as well. Willie is a firm believer in the promise of Gideon v. Wainwright: that all defendants are entitled to zealous and effective representation.

His first position in 2019 following law school was as an associate attorney at the criminal defense / immigration law firm Priale & Racine, in Fairfax, Virginia, serving there for two and half years, before joining Patrick Anderson in 2021. While there, he had the opportunity to defend clients in many traffic and criminal matters all over Northern Virginia, both in General District Court and Circuit Court, and in front of both judges & juries. He now brings his considerable experience to Patrick Anderson, where he continues to work to ensure that the U.S. Constitution’s trial guarantee– for the government to prove its case “beyond a reasonable doubt”– is honored, and to ensure both the safety and effectiveness of his clients’ rights.