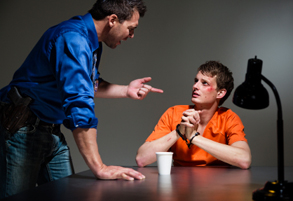 Say Nothing To The Police & Demand an Attorney

It is your constitutional right to remain silent. ANYTHING you say can be used against you in court. Police may use tactics, including threats of more serious charges to persuade you to talk. The officers may act friendly or joke with you to try to get you to relax and give them information. You have too much at stake to make any statements and you need to make sure your rights are being defended. Your only response should be, “I want an attorney.” You have a right to be silent – use it!

If you have been arrested, you need a team who is working on your side. The sooner you contact us, the faster we can begin interviewing witnesses and investigate the case while it is still fresh in everyone’s minds and evidence is easier to obtain.

If you have not been arrested, but think police may be investigating you, contact the Law Offices of Patrick N. Anderson and Associates today. We may be able to work with law enforcement to prevent charges from ever being filed. Remember, never meet with a police officer without an attorney present.

If you have been informed by police that they have a warrant for your arrest, contact us immediately.  We can try to get you released on favorable terms and prevent police from gathering statements from you.

Booking & Bond – Once you are arrested, you will be booked. Booking consists of taking fingerprints and a photo as well as additional formalities. Then you will be brought before a magistrate who will decide your initial bond, if any. The bond helps insure you will appear at all future court dates and must be paid for you to be released from jail. The amount of bond will vary depending on the type and severity of the crime as well as the likelihood of you being a flight risk and if you pose a danger to the community.

Arraignment – Once an arrest warrant is served, you will face arraignment. An arraignment is a court hearing where the charges are read to you and you are asked if you want an attorney.  You should always ask for an attorney. During the arraignment, your next court date will be set.

Discovery – Discovery is information in the hands of the prosecutor or available to him or her and are about the facts of the case, which must be revealed to you and your attorney. In Virginia, discovery is very limited. Many people are shocked to learn that the prosecutor does not have to hand over very much information. We know what to expect in each jurisdiction and make sure we obtain the most information we can during discovery. Every jurisdiction requires exculpatory evidence, or evidence proving you did not commit the crime, be provided to you and your attorney. Sometimes prosecutors may hide this evidence, but we know how to find it and have it revealed to us.

Trial – In Virginia, nearly all misdemeanors allegedly committed by an adult are initially heard and tried in the General District Court (GDC). Examples of misdemeanors that may be heard in GDC are trespass, disorderly conduct, assault and battery, indecent exposure, petit larceny, possession of marijuana, driving while intoxicated, and driving on a suspended license.  In GDC, you cannot have a jury trial initially, but can appeal for one later. Your initial trial is before a judge.

If you are facing a felony, you will also likely begin in GDC. The preliminary hearing is a probable cause hearing. At the hearing a judge will listen to the evidence and determine if there is a reasonable basis to believe you committed the charged crime. If probable cause is found, a grand jury will have to certify the case and an indictment is usually handed down.

The case will then travel to Circuit Court unless no probable cause is found, which it will then be dismissed.  You have a right to have a jury or judge hear your case in Circuit Court.

If the crime is committed by anyone 18 years old and younger, it will be heard in the Juvenile and Domestic Relations District Court (JDR). You do not have a right to a jury in this case unless it heads to Circuit Court. Crimes committed against a family member may be treated differently.

At trial, the Commonwealth’s Attorney must prove that you are guilty beyond a reasonable doubt for you to be convicted. The judge or jury must believe you are guilty ”to a moral certainty” to convict you – which is a very high standard.

Verdict – At the end of the case, the judge or jury will decide on a verdict.

If you are not guilty, your case is over and the same charges may not be brought to the court again.

If you are guilty, you will receive a sentencing hearing date.

Sentencing – Unlike most states, in Virginia, when a jury trial concludes involving an adult, the jury will recommend a sentence to the judge.  Usually the judge will follow the jury’s recommendation.

When a juvenile is convicted of a crime, the judge always decides the punishment.

Generally, in a Circuit Court case, the final sentencing hearing before the judge is set four to eight weeks after a verdict of guilty.

Appeal– After a Circuit Court trial, you have the right to appeal the verdict and/or sentence to the Virginia Court of Appeals if there are legal errors involved. Even if you appeal, you may still have to begin your sentence while awaiting a resolution of the appeal.

Habeas Corpus – Habeas Corpus is another type of appeal. It literally means “you have the body” and is a lawsuit filed against the prison warden of the prison where you are serving your time. It is a civil action against the government (who is “holding the body”). A habeas corpus appeal is made by a person serving a prison sentence who wishes to overturn a verdict or seek a particular type of relief.

If you have been arrested or are facing criminal charges, contact the Law Offices of Patrick N. Anderson and Associates today. We can work with you to make sure you get the defense you deserve. With 34 years of experience, we will help you defend your freedoms. 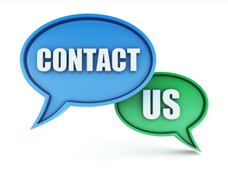