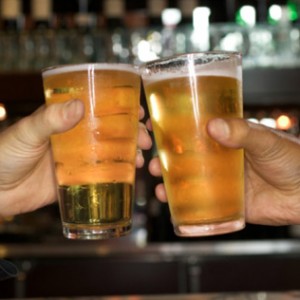 Prior to January 29, 2014, Virginia bars were only legally permitted to advertise their specials inside their establishment. Subsequent to this date, bars and restaurants became permitted to advertise their specials outside of their establishment, and also via social media and other advertising venues.  However, the degree to which they could reveal details was highly limited. For example, establishments could convey that they were offering “Happy Hour” from 5pm to 7pm, but could not release details such as which drinks were on special, and what they cost.

As of today, there is proposed legislation that would allow business to advertise which drinks are on specials, but still not their prices.  However, opponents such as Unified Prevention Coalition of Fairfax County believe that such activity will only serve to promote binge drinking.

While this might be good news for bar owners and social drinkers, we encourage everyone to drink responsibly – the alternative could mean jail time and license loss due to a DUI or DWI conviction.

Driving Under the Influence in Virginia, Without Driving
February 16, 2015
If I Only Have One Drink, I Can’t Be Guilty Of Drunk Driving – Right?
July 2, 2014
Driving With A Suspended Or Revoked License
May 19, 2013
Supreme Court: Officers Must Obtain Warrant Before DUI Blood Test
April 21, 2013
PA Judge Rules Breathlyzer Tests Not Reliable
January 25, 2013
Supreme Court Hears Arguments Concerning Rights Of Suspected Drunk Drivers
January 12, 2013