Driving Under the Influence in Virginia, Without Driving 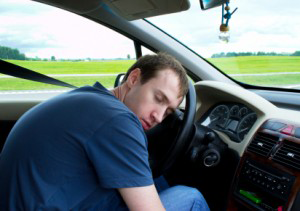 After responding to a noise complaint, Virginia police observed a man sleeping in his vehicle that was parked in his private driveway. Of importance is the fact that the man’s key was in the ignition and was turned backward to activate the radio. The officer noticed a strong odor of alcohol, and was told by the man that he had consumed alcohol before returning home that night, but had no intention of leaving his driveway. After failing several field sobriety tests, he was arrested and charged with operating a vehicle under the influence of alcohol (§18.2-266).

In deciding to take the issue to trial in circuit court, the man’s first trial resulted in a hung jury, and at his second trial he was found guilty. He then appealed his conviction to the Court of Appeals of Virginia, arguing that there was insufficient evidence to convict him of violating §18.2-266 because he was not “operating” the vehicle, and was not on a highway. To support his latter argument, he referred to a statement given in Enriquez v. Commonwealth, 283 Va. 511 (Va. 2012) by the Virginia Supreme Court:

“When an intoxicated person is seated behind the steering wheel of a motor vehicle on a public highway and the key is in the ignition switch, he is in actual physical control of the vehicle and, therefore, is guilty of operating the vehicle while under the influence of alcohol within the meaning of Code § 18.2-266.”

The Court of Appeals ultimately affirmed the man’s conviction, stating that 1) he had actual physical control of the vehicle and was therefore “operating” his vehicle within the meaning of §18.2-266, 2) “public ownership of the property upon which the vehicle is driven or operated is not an element that the Commonwealth must prove in a prosecution for driving in violation of §18.2-266”, and 3) any reference to “on a highway” in Enriquez was dicta, meaning that the reference is not binding in subsequent cases as a legal precedent.

The defendant then appealed the judgment of the Court of Appeals to the Virginia Supreme Court (Sarafin v. Commonwealth, 764 S.E.2d 71 (Va. 2014)) , who agreed to review the case and analyze (1) the definition of “operate,” and (2) whether operation must occur on a highway to sustain a conviction under §18.2-266.

As to the definition of “operate”, the Court relied upon its holding in Enriquez to find that the current defendant did in fact operate the vehicle:

As to whether §18.2-266 is violated when the operation of the vehicle occurs on a private way, the High Court stated that although the statute contains an explicit “on a highway” requirement for the operation of mopeds, it does not contain explicit language requiring an operator of a motor vehicle to be “on a highway” to sustain a conviction. The Court also stated that its previous use of “on a public highway” in Enriquez was unbinding dicta.

If you have been drinking and want to sleep it off in your vehicle, do not put the key in the ignition!