Legal Age of Consent in Virginia 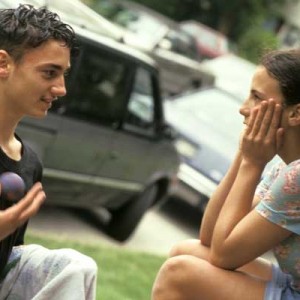 What is the Age of Consent in Virginia?

There are numerous discussions regarding the age of consent in Virginia on the internet, most of which are confusing. It’s imperative as an adult or teenager to understand exactly what aged person(s) you may, in accordance with Virginia law, engage in consensual sexual acts with.

There are two offenses that a person may be charged with if he or she engages in consensual (without the use of force) sexual acts with a person not of legal age.

1) §18.2-63 Carnal knowledge of child between thirteen and fifteen years of age (also known as Statutory Rape)

A. If any person carnally knows, without the use of force, a child thirteen years of age or older but under fifteen years of age, such person shall be guilty of a Class 4 felony.

Explanation – If you are 18 years old or older and carnally know a child aged 13-14 without the use of force, you are committing a Class 4 felony. If force was involved you would be committing a more serious crime.

** In calculating whether a child is three years or more younger than you, the actual dates of birth are used.

If you are 18 years of age or older, you are not legally permitted to engage in sexual acts with anyone less than 18 years old.

If you are less than 18 years old, you are not legally permitted to engage in sexual acts with anyone less than 15 years old.

Below are some interactions that are legal:

The materials available at this website are for informational purposes only and not for the purpose of providing legal advice. You should contact your attorney to obtain advice with respect to any particular issue or problem. Use and access to this website or any of the links contained within the site do not create an attorney-client relationship. The opinions expressed at or through this site are the opinions of the individual author and may not reflect the opinions of the firm or any individual attorney.

Arrest Versus Detention
November 27, 2014
Should I Speak to a Defense Lawyer if I Haven’t Yet Been Arrested?
November 21, 2014
Constructive Possession
November 14, 2014