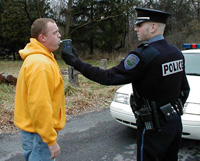 Being charged with driving under the influence in Virginia can be a serious crime.  It can result in jail time, significant fines, and the loss of driving privileges.  This can impact a person’s ability to get to work, pick up their children, or otherwise live their lives.  With an experienced Virginia DUI attorney, these charges can be reduced or the penalties minimized in order to allow a person to get their punishment out of the way and get back to safe driving.  The attorneys at the Law Offices of Patrick N. Anderson & Associates have the experience to handle these charges quickly and efficiently.

For those charged with DUI:

Speak with a Virginia DWI/DUI Attorney Today about Your Situation